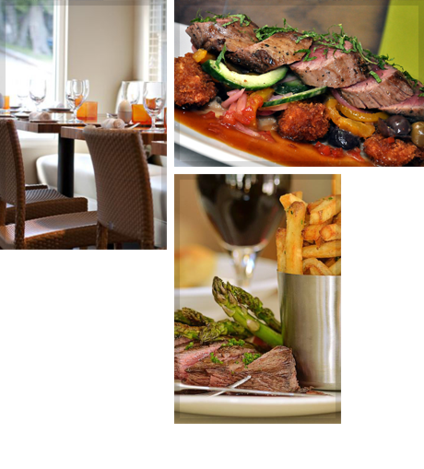 Jill and Robin King met only miles from where ORO is located. After college they headed west where they discovered their passion for food and entertaining. Jill began as a manager at Copper Mountain while Robin worked at the cozy Café Alpine in Breckenridge.

Their love of the East coast brought them home to work in Boston. Jill at the Boston landmark Top of the Hub, Robin to Hingham’s famed Tosca under chef Kevin Long and then to work under acclaimed Chef Jamie Mammano at Mistral.

A few years later their dreams took them west again, only this time to sunny Santa Barbara. The two teamed up for the first time to run Epiphany restaurant, owned by Kevin Costner. This is where they developed a true style for cooking with local fresh ingredients. This could have been home but their families were just too far away. Jill and Robin decided it was time to head HOME. Jill at the famed South End Bistro, Aquitaine. Robin opened Stella Restaurant working under star chef, Evan Deluty. Inspired to start their own dream, they moved to the south shore to open Restaurant ORO in Scituate, MA.